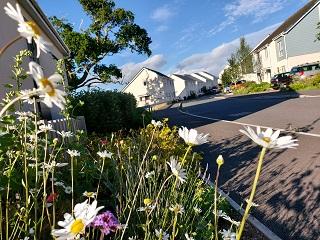 When the Executive committee meet on 14 October, Cllr Pearce will be asking them to consider in more detail the first steps she wants to take in her plan to tackle the housing crisis, they include:

Cllr Judy Pearce said: "I said at the meeting of our Full Council that we needed to take action now and this is exactly why I have brought this paper to my Executive Committee so quickly.

"I said that we would lobby Government and when the Executive meet next week, I will be asking them to approve the content of my letter to Michael Gove MP.  Many of the issues we face cannot be solved at a local level, and we need the Government to step in and also take action.

"If Mr Gove can take the four actions we are asking of him, it would have a significant, timely and targeting positive impact for our residents."

The four issues that Cllr Pearce will be asking Mr Gove to tackle are:

A typical mortgage would therefore require a deposit of £170.5k, which is beyond the means of the vast majority of local people to save.

There are currently 70 households registered on Devon Home Choice who would like to downsize. The Council already has a policy of providing one off payments to encourage downsizing, but the new policy being brought forward by Cllr Pearce could see that payment is increased to £1000 plus £500 per bedroom to up to £5000 in areas of high demand.

The full report detailing these initial steps and the recommendations Cllr Pearce will be asking of her Executive on the 14 October can be found here.

Or you can watch the meeting live on the Council's YouTube channel.

Cllr Pearce added: "I am especially keen that our officers start to respond to the actions I laid out at Full Council and I am pleased to bring forward this new policy that will incentivise people to downsize."

"Furthermore I will be asking the Executive to give Delegated Authority to Mr Brook, our Director of Place and Enterprise, to take all of the necessary steps to set up a Community Benefit Society. By giving Mr Brook this authority, he can crack on and get the job done.

"This is what we need now, direct action and this is just the start of the work we will action to tackle this crisis."