Residents can watch or listen into a meeting of South Hams Executive next week. The Council's Executive and officers will be holding FCC Environment to account, as they try to resolve the ongoing waste collection issues. 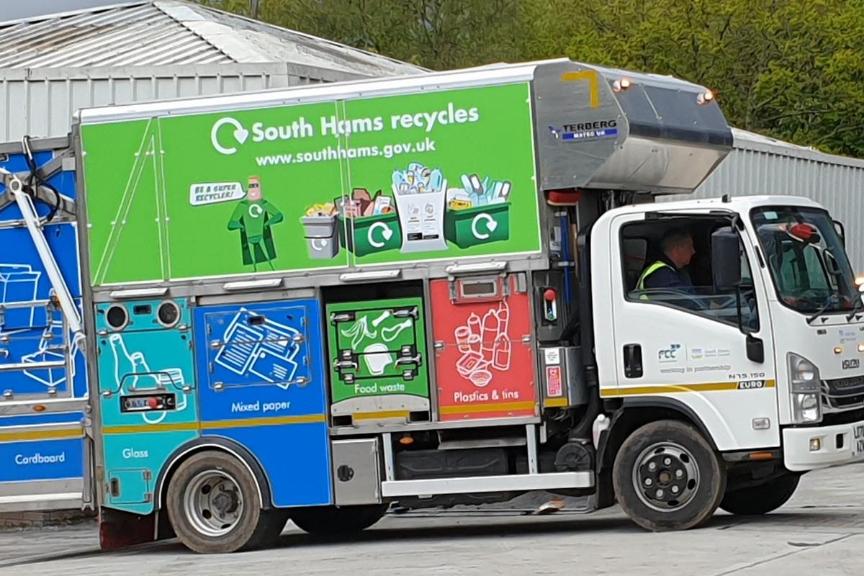 At a meeting of South Hams Executive next week, to be held from 10 a.m. on Thursday 16 September, councillors will discuss the ongoing issues with the District's recycling and waste service.

Over the last few months the issues with the new recycling and waste service in South Hams have been well covered in the local media. These issues have been compounded further by a national shortage of HGV and LGV drivers, and in July the Council suspended the collection of garden waste.

As promised, Cllr Keith Baldry, South Hams Executive Member for Recycling and Waste, will be bringing a much anticipated update report to the Council's Executive for discussion.

This will be the first time that councillors will have an opportunity to discuss the service since their meeting of the full council on the 15 July, and since the garden waste service was suspended.

Cllr Keith Baldry, South Hams Executive Member for Recycling and Waste, said: "Since we began having issues with the service, the Executive and I have been extremely firm with FCC Environment.  We have instructed them that we will, and we are, holding them to account through the contract including penalties for failed performance.

"Through this report it is abundantly clear that at every turn we have been monitoring progress and taking action. This has included supporting FCC with the Government's COVID-19 Support grant, meeting with FCC's management team on a weekly basis, and officers through daily performance calls. Our monitoring of their performance is an ongoing daily process.

"We agreed to suspend garden waste so that FCC Environment could focus on the main recycling and waste collections and we still have council officers seconded to their staff. Our concerns and expectations have also been laid out formally in writing as we seek to gain an improvement in their performance through the contract."

"The shortage of LGV and HGV drivers, is also now having a dramatic affect our recycling and waste service as well, and once again we have been firm with FCC, asking them to take direct action."

A recent Road Haulage Association (RHA) survey put the estimated shortfall at more than 100,000, with the warning that it will take 18 months to train enough drivers to address the problem, even if there are enough candidates to take the roles.

FCC Environment, the Council's recycling and waste contractors have now taken several steps to address the driver shortage. They have launched a national recruitment campaign, awarded drivers in the South Hams a 12% pay increase, they looked at wider pay and conditions packages, introduced a driver apprentice scheme and flexible employment.

In addition to this FCC Environment has written an open letter to the Home Secretary Priti Patel calling for more support for the haulage industry. FCC has also been a signatory on another letter that the Environmental Services Association (ESA) has sent.

FCC Environment Operations Director Steve Longdon said: "All our staff have worked tirelessly throughout COVID-19 to maintain our services and ensure household waste continued to be collected. Unfortunately as we return to normality, the sector is facing new challenges.

"LGV 1 and 2 drivers are essential for the waste and recycling sector, and we are committed to doing everything we can to fill our driver vacancies. This will mean we can continue to play our part in protecting public health and the environment, as well as the UK's green economic recovery."

Cllr Keith Baldry, continues: "As a Council, we were hoping that the nationwide situation on drivers may have shown signs of improvement by now, but in reality the situation is getting worse.

"Unfortunately, it is with a heavy heart that on Thursday, I will have to ask the Executive to keep the suspension of Garden Waste in place.

"My recommendation in the report is that we continue to keep a close eye on FCC's resources and their recruitment, because I would like the collection of garden waste to begin again as soon as is practically possible."

"I can assure you that we are doing everything we can though the contract with FCC Environment to convey how frustrated you are."

South Ham Executive will be meeting on Thursday 16 September from 10:00 a.m.

If you would like to listen to the Meeting of the South Hams Executive  and see their discussion on the recycling and waste update report, you can watch live on the Council's YouTube Channel.

If you are interested in joining the team, please use this link to find out more:

The Council is also offering residents advice on what they can do with their garden waste:

How to Compost: Step by step guide

Please do not burn your garden waste.  The Devon & Somerset Fire & Rescue Service firmly advises against having bonfires, given the risks of fires spreading, the likely nuisance for neighbours and the potential diversion of emergency services.